All About Books Global
Got a Book you wish to get reviewed?

The journey with Anchor Stitch Kits

I had this tiny cramped embroidery shop close to my house. I spotted them while I was in standard eight. I still remember the kits hung up- there was Dusk, flash frame ganesh and hibiscus. I would spend atleast fifteen minutes marvelling each work. The shop keeper would allow me to watch them too. One day the hibicus got sold off. I got panicked, the shop keeper saw my sad eyes and promised to keep the others in stock. For the whole day he would hang other kits. When it was time for me to pass that way- he would hang those particular kits- sunset and ganesh. In those days sunset was around 210 rs. and I was so keen in buying one- I started saving from the little pocket money I got. Two years passed and one day my father found my piggy bank hidden among my books in my cupboard. He asked me what the money was for and I told him the truth by taking him to the shop. He promised to get the "Dusk" for me the day my 10th board exams got over.  And he did even after facing huge opposition from my mother-( I have eye problem and wear specs. ) Since then there is no stopping me. Dusk got finished into a span of 4 years (I had studies, tuitions and endless exams to appear for). While in college my hunger for these kits grew back again and this time- I bought, the teddy (a birthday gift for my mother), the swan ( a birthday gift for my father), the Sylvian retreat, after much hunting the hibiscus, friends, the vase for begginners, fly with me,. When my marriage got fixed I bought the karigar, tittle tattle and the balancing act- for my new home.

Glad to have had the chance to share my story with you :)
Posted by wanderer at 2:23 PM 0 comments

Email ThisBlogThis!Share to TwitterShare to FacebookShare to Pinterest
Labels: the stitch knit knot 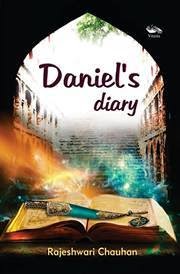 When Mrinalini, an art restoration expert, ventures into the ruins of Rang-Mahal and the Palace of Sumangarh, an accidental discovery of a skeleton and a manuscript detailing the exploits of Daniel, a Portuguese artist, opens a window to the forgotten era of grace and grandeur. The blossoming of love between a Moghul Emperor and a Rajput princess, is seen through the eyes of a foreign traveller, who himself falls in love with Jodhabai.

mothergoose's nest: Lovelets - Words for the Heart (A Book Review)

mothergoose's nest: Lovelets - Words for the Heart (A Book Review):

A book dearer- a confluence of bards- a shared afterthought...

He is not your gentlemanly Murdoch or sassy  Lynley- he is a man with passion set whole hearted for work. He is inspector Virkar- the otherwise amchi mumbaite. The city that reeks of crime and that gives least introduction of the underworld the roams free in the streets. But the compass Box killer- is not connected with the Big Fishes of the crime world. The twist is not just in the name- the twist is about the mastermind that leaves behind such tantalizing and spine chilling notes written in blood.

We live to race for victory
Singing slogans of Your Doom.

For those who suffered at The Boston Marathon Bombing 2013.


“For those who dare to  leap over Time- The Mighty Clock has prickly hurdles laid on their wake.” The same can be said in case of Scarlet Crescent- written by Rajeshwari Chauhan. Nobility will always be able to sketch the absolute picture of what happens behind the gigantic walls of a kingdom or an empire. And Chauhan scores her first mark right there. With sense of splendor and an eye of acute imagination she is able to retell story of the love from the past. The vibes and the tug of passion are well addressed through the choice of words most appealing to the ear…

But Scarlet Crescent is not exactly what you are thinking. It is a story written like a movie script. The writer has experimented with the format further more and has wrote the whole of it engaging three languages- Urdu, Hindi and English. It never runs in paragraphs- instead actions, and scenes separate each event and occurrence from one another. Dotted with images of Mughal arts, related artifacts objects and most vivid flowers- the book is heavily illustrated- may be too much- to distract the readers.

Indeed Scarlet Crescent is beyond its time. For in India at least a story that reads like a play- refers constantly to different languages -will confuse a layman reader. The use of props to give the mystery element an extra boost will remain in the shadow for overdoing the twist and turns with present time and flashback. Physically the book is too heavy- a normal 223 pages book never makes your hands ache even you lay down on your armchair for a lazy reading afternoon. The cover design will draw interest of many- but once they flip through the book they will find it hard to convince themselves to regard this as their best buy. The sentences are too close to each other- the font size is too small- the margin alignment is not uniform. For a story to reach the heart of its reader- perfect combination of the above points is most mandatory.

A bookworm will give this book a try and even enjoy its nuances of ecstasy and instance word play- the rest of the hurdles he will cross- just to fulfill his appetite- but Scarlet Crescent was surely not written to appease a handful. It is quite oppressing for a writer to see her story getting butchered  to such trying presentation. My suggestion would be to readdress all the above issues and give the book a fresh look. For it hurts to see a great story going unnoticed in this fashion.

Note: Umberto Eco’s – The Name of Rose seems close to the way this particular story goes- but that became a bestseller and a masterpiece for it could reach out to the readers right from the beginning.

Even today our love is young.
Strolling like couples
In the new Spring sun.

Been two years,
Still I whisper
The golden words
Each time I say your name.

Been two years,
Still I look for you
Among the dancing maidens.

Been two years
Still your perfume

Been two years,
Since I was asked,
To stop counting
The merry springs,
The joyous summers,
The exotic monsoon
And
The cozy winters
I shared with you.

Its hard to live
without you
by my side.

Email ThisBlogThis!Share to TwitterShare to FacebookShare to Pinterest
Labels: A little in thought in an vary evening, feelings, life, poem 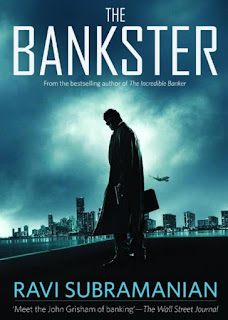 
When big shots write the layman must simply adhere to their fancy words! Tough for the spirit born over burning coal- I must say! With the financial world laying aside their pinkish newspapers and stock ledgers and picking up novels that coined new genre- financial thriller- creativity became more of an universal skill. Lucky to have got introduced to Indian John Grisham from the Banking world aka Ravi
Subramanian.
Read more »
Posted by wanderer at 9:00 PM 2 comments 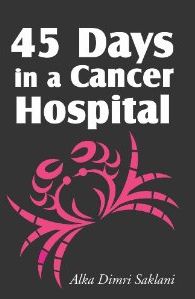 About the book:
Life is more like a dissected phase- and a certain amount of confinement is sure to drive you hungry for thrill. 45 days in a cancer hospital by Alka Dimri Saklani was a fitful inclusion to such boring confinement. At least the protagonist had the pleasure to have her way out of her hospital bed- all are not so lucky always. I will call the book a medical suspense that dragged itself too long- since it’s her debut. Consolidation is lacking at places- though the thrill, the romance, the sleuth attitudes and the crook are all rightfully placed about the plot.
The story is about a successful writer trying her luck at writing a novel from her close quartered experience. She intends to spend about 45 days in Umeed hospital, live in the proximity of ailing and dying cancer patients with the dominant wish to write a book on their life experiences. But then, the hospital has more to give her than just the saddening tragedies of human lives. Having a mentality disturbed doctor as the man behind the wheels, and few other cheats as assisting doctors- ready to kill anyone trying burst off their nefarious organ racket is enough for a writer to bite on. But our protagonist by god’s grace is sensitive and strikes a bond with the innocent victims right from the beginning. She smells a rat late into the night and turns to her man of interest a CBI official.

I found the setting more dramatic than the story. For you have a psychotic person as a gate keeper, a confusing toiler for a gardener, a disabled person nursing grievances as a pharmacist, some polarized nurses and a whole faculty of doctors holding back a lot of secrets.  Not to forget, a malicious peon lurking around to snap your mind into two. And if you are speaking of action-yup! Alka does have them at places- like walking on a thin parapet, being chased by a murderous doctor, taking up disguises to investigate and sneaking around the hospital at night to find out who is the other sneaker prowling at this hour.
On the whole the story could have been a bit shorter- to justify the strong characters that the writer has painstaking etched out. Ashritha and Animesh are fitting lead pairs- and Dr Chatterjee is one person you are bound to feel sorry for- thus-I can afford a 3 out of 5 for the medical thriller laying vanquished on my table right at this moment.

Promote Your Page Too

you are supporting me!